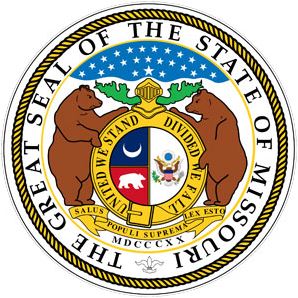 Today, MoDEx makes information available to law enforcement users in real-time from over 300 enterprise data sources across the State: local police RMS, county sheriffs and jails, incarceration data and mugshots, state public safety and regulatory agencies and more.  The network continues to grow with new data sources, and provides Missouri with the stable, independent foundation to reach its data exchange, sharing, fusion, and integration goals now and into the future.  MoDEx enhances safety for police officers, sheriff’s deputies and citizens, provides ‘one-stop’ searching via analysis tools to law enforcement/homeland security investigators, provides a unified stream of information to the FBI’s N-DEx System, provides state-wide incarceration status for victim notification and to the State Dept of Labor, and more.

MoDEx grew out of a need by county sheriffs, local PDs and state law enforcement for more, better and faster state-wide information. “After years of band-aid solutions that resulted in disparate systems that didn’t allow data sharing,” said Laurie Crawford, the MoDEx Program Manager for the Missouri Department of Public Safety during the rollout of COBRA.net, “local law enforcement saw an opportunity with Homeland Security  funding to build one system to share information statewide.” MoDEx was a concept that law enforcement in Missouri got behind: locals, sheriffs, state DPS, everyone. It was this approach that galvanized the project and kept it growing.

Data Foundation First: Put the cart behind the horse.

Despite today’s achievements, success wasn’t always guaranteed for MoDEx.  In the initiative’s early years prior to CODY’s involvement (2007-2010), the project was close to being shut down.  Crawford took the reins of the Project in mid-2010, and believes it was their shift in thinking around that time that made the difference. “We made some wrong choices in 2007.  Really, it stems from our decision to start with a specific analysis system designed solely to ingest data and commingle it in a proprietary data warehouse for use by the system’s end user tool.”  In hindsight, Crawford says that the State “put the cart before the horse” by implementing the front-end tool without considering the need to have an independent data integration platform in place first. “We realized the mistake we’d made in building the house before the foundation,” says Crawford. “The front-end tools were good at performing analysis.  The problem was that we weren’t moving agencies’ data into production near fast enough.” 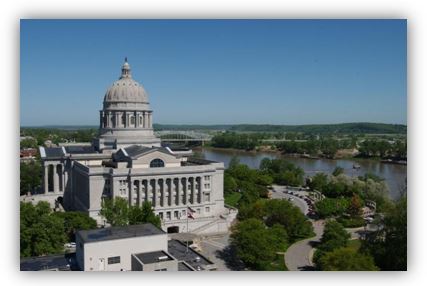 To complicate matters, if the State ever wanted to move away from the proprietary tool and switch to a different one, they would have to go through ALL the data integration efforts again, because the new tool provider would not be able to make use of the proprietary data ingested by the old tool.  As Crawford noted, “In addition to binding MoDEx to that initial end user tool, the problem was that the information from all sources was commingled in one data warehouse -- we could get information in, albeit slowly, but we couldn’t get it back out.”  Crawford notes this as the catalyst for the change in vision that occurred in 2009 that led to the new successful path, beginning in 2010.

Getting on the right path

What the State needed was a fresh approach that would give them the flexibility, open architecture, agency data control, rapid deployment of new agencies’ disparate data sources, stability, and most importantly, independence to future-proof MoDEx for long-term sustainability, supporting evolving standards and emerging technologies.

“As we began adding different sources to MoDEx, we realized how important open architecture was,” says Crawford.  “We needed a data aggregation and integration platform that could provide rapid deployment of new data sources, regardless of the database engine, standard or system.  “In 2010 we brought in CODY Systems and asked how they could help us get MoDEx on the right track.” CODY came to the table with years of experience dealing with disparate data source integration across the country.

CODY’s approach recommended decoupling the data integration platform from the end user tool(s) and establishing a separate MoDEx Core for the synchronization, segregation, federated query, and dissemination of MoDEx data to any end-user tools and/or destinations that the State wished to use. This fresh design concept was ultimately implemented and allows the use of different end user tools and sharing of MoDEx information with other systems, without changing the source data or impacting the source systems.  Crawford describes it as “jacking up the house and laying a new foundation, without knocking over a lamp!”

The constancy of the MoDEx core makes it easy to add new sources, tools and users to MoDEx. “CODY solved a huge problem for us by bringing their technology and innovation to the table,” notes Crawford. “I love that the model we have now is scalable so we can increase the number and types of data we share.  CODY has proven that they and COBRA.net can rapidly deploy new disparate sources on-demand, and this alone has been huge in our success.”

The MoDEx Core, hosted at a central repository at the Missouri State Highway Patrol, is the private-cloud data management, exchange, access control and query platform.  In keeping with MoDEx’s vision, the Core houses a set of segregated data spaces (one per agency data source), each containing a mirror of the data currently in its source system (e.g. RMS database).

According to Crawford, the use of segregated data spaces allows MoDEx to balance the need for centralized administration and reliability of data access with the need for local agencies to remain in control of their data.  “We wanted to keep data centralized, but we didn’t want a data warehouse.  We needed a platform that would allow us to synchronize agencies’ data, but would never commingle or mix up their data in one database.  We now have this in place.  Plus, as MoDEx continues to evolve, using COBRA.net, we are also able to offer agencies a federated search option, should they not wish to synchronize their data at all.”  There are data spaces for each participating agency, the MSHP Citations database, a statewide booking database and digital photos on incarcerated offenders, each county's jail data including incarceration status and several other state data sources. Data is stored in an open standards format designed by CODY for universal rapid access, retrieval and sharing using any upstream data format and/or protocol, including NIEM, LEXS, or other standards.

This segregation provides agency-level control over who has access to what data – a key consideration for participation by criminal justice agencies. The MoDEx Core supports granular, field-level control over each agency’s data in its data space. Information on juveniles is not retained, and each jurisdiction can decide if there are other record types they do not want to share (or only with certain users). In all cases, data is only shared with authorized, sworn law enforcement officers.

The system design includes the ability to federate a query directly to a data source outside of MoDEx, should an agency not wish to synchronize their data. That capability will become even more useful as information sharing expands to include state and federal systems that allow query access only, “The MoDEx Core lets us manage information in a way we weren’t able to do before,” says Crawford. “We can now hit that data regardless of where it’s stored.”

The MoDEx Core is powered by COBRA.net, CODY's information integration and sharing platform. COBRA.net manages the secure, rules-based synchronization and update of each agency's data space. The platform allows for exchange of data among the different data formats, schemas, standards, protocols, etc. in place at the 300+ data sources currently in production, and makes all data universally available simultaneously to multiple up-stream destinations and tools, including analysis tools, the State Dept of Labor (unemployment insurance fraud) and the FBI’s N-DEx system through the Core, using whatever data formats and standards are necessary.  All of this uses FIPS 140-2 encrypted data channels over the Secure Internet, in conformance with the latest CJIS Security Policy requirements regarding data transmission. As of the 4th quarter 2017, nearly 100 Million Records and nearly 2.5 Million photos are shared in MoDEx.

With updates translated and synchronized from each source, each segregated space effectively contains a mirror of the shared data in an agency‘s RMS data source, that the agency has chosen to share. In the event of a disaster or if a source system or network connection goes down, the MoDEx Core retains the synched data, current as of the last update - an advantage that also provides a disaster recovery back-up.

"Since CODY implemented COBRA.net we haven't experienced any downtime at all," observes Crawford. "I haven't gotten a single complaint about performance, response time or that agencies’ data is incorrectly shared.  It truly is ‘set it and forget it.’"

Strong foundation for future expansion (within public safety and beyond)

“MoDEx ties in with our long-term strategy,” according to Crawford. “It fills the gaps for law enforcement, and we’re looking at how to provide services across all of criminal justice and beyond.” That goal has been articulated in the state’s strategic plan which outlines an expanded Missouri Integrated Justice Information System.   “We want to leverage what we’ve built in MoDEx and take it to the next level,” she says.

While law enforcement and the DPS initially took the lead, other State agencies are seeing the inherent benefits for their own data services.  Currently, there is another COBRA.net node being deployed at the State Data Center, so that state agencies beyond public safety can take advantage of the platform’s data integration benefits.  COBRA.net is ready for this now, as an enterprise data services platform that can work just as easily with data that has nothing to do with public safety.  Most recently, COBRA.net was used to provide secure data streams from the 100+ local/county/state jails and correctional facilities across Missouri to the State Department of Labor and Industrial Relations to assist in streamlining and reducing fraud in the unemployment security program. State-wide, centralized victim notification from the MoDEx (COBRA.net) Core is now also rolling out.

“Other states are calling to see what we’re doing,” says Crawford. “My advice is always ‘think enterprise’ from the start so you’re not limited in what you can do in the future. The concept we’ve deployed with CODY - data stored in an open standard, de-coupled from any tools, segregated by agency, and with the added ability to broker a query outside of the core - gives you that flexibility.”

In 2015, Ms. Crawford retired and left Missouri DPS.  The new MoDEx Program Director, Ms. Theresa Huhn, shares Crawford's thoughts and vision for the project. "COBRA.net makes it possible for us to share data from across the state and access it through a one-stop search app or any other analytical tool or app that we want to use," notes Ms. Huhn. "Giving us unified access to that data in a real, meaningful, and actionable way and making it available for other tools and uses is really the difference that COBRA.net brings to the table. In fact, other state-level agencies in Missouri are leveraging the data for cross-referencing and other uses, which just means faster ROI and increased buy-in from stakeholders and users alike."